Transport is completely failing us in the fight against the climate crisis. It’s the largest source of climate-wrecking emissions in the UK. And unlike other sectors, such as power, transport emissions keep rising.

But we’ve just been given a chance to turn this around. Transport for the South East has released a new draft strategy to improve transport in the region – and they want to know what you think.

So let’s tell Transport for the South East that their strategy doesn’t go far enough for the health of people or the planet. We have to take this opportunity to get a transport strategy that will improve walking, cycling and public transport and rapidly cut emissions and traffic.

We have until 10 January to have our say. Will you respond to Transport for the South East’s consultation now?

Have your say here

Saturday, 20 July 2019 was the busiest day for Cycle Seahaven so far this year.

During the morning we hosted the annual ‘Women’s Festival of Cycling’ Ladies Ride. The club trailer was used to transport the bikes to Heathfield after which the ladies cycled back along the Cuckoo Trail to Seaford, via the Arlington Tea Rooms.

At Peacehaven’s Big Park the Dr Bike mechanics were ready and waiting for whatever the locals had to offer. This was followed by the second ‘members-only’ maintenance workshop, this second one focused on puncture repairs.

At the same time we ran two Ride the Downs rides from Big Park, with four return riders and two new riders. Two of whom joined the club making a total of nine new members in the last week.

Meanwhile, in Friston Forest, the CSH family ride got underway with kids of all ages doing their thing and enjoying the single tracks.

And if all that wasn’t enough we finished the day with the CSH summer BBQ.  It was great to see so many road riders there! Good food, good beer and great company.

What an amazing day! Thank you to all the people that helped make it happen. 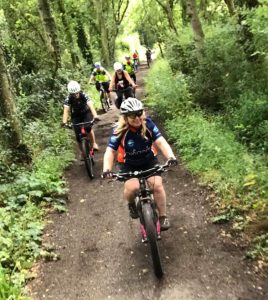 East Sussex is one of the worst areas in Europe for disease-carrying ticks, a new study has revealed.

The report has been compiled by experts from across Europe, including scientists from the University of East London who combed through all recorded incidents of ticks found carrying the bacteria which causes Lyme disease, spanning seven years between 2010 and 2017.

After plotting the data on a map, the south of England appears as one of just a handful of areas in Europe where the risks are severe. The tick which causes the trouble is called ‘Ixodes ricinus’.

Writing in the International Journal of Health Geographics, the study’s authors said: “The distribution of I. ricinus continues to expand northwards in latitude and upwards in altitude in Europe.

“Climate trends and the density of key hosts for the adults of the tick, have been pointed as the main factors behind the spread of I. ricinus.”

The danger zone — covering London, Kent, East Sussex and parts of Essex — is on a par with Northern Italy, Romania, Switzerland and Norway when it comes to ‘very high’ populations of the blood-sucking critters.

Meanwhile, the report also warns climate change is set to increase the number of ticks further.

The data also said areas with a low and gradual rise in spring temperatures, as well as a big rise in spring vegetation, were locations where the blood-suckers thrive.

The authors add: “The highest prevalence occurs in areas of 280°–290° Kelvin (6.85ºC – 16.85ºC) of mean annual temperature – around central Europe and southern parts of Nordic countries – and a slow spring rise of temperature, together with high mean values and a moderate spring rise of vegetation vigor.”

Meanwhile, other maps looked at how predicted increases in temperature caused by climate change could see ticks carrying a certain strain of the bacteria which causes Lyme disease becoming widespread across the UK – and much of the rest of Europe.

The bacteria which the ticks carry, and which in turn causes Lyme disease, is called ‘Borrelia burgdorferi s.l’.

Whether you’re travelling abroad this summer, or you’re simply out and about in one of the UK hotspots identified by this study, you should use a chemical repellent containing DEET (N,N-Diethyl-m-toluamide) to keep the creatures at bay.

You should also wear light-coloured protective clothing that covers the skin, as well as tucking your trousers into your socks.

What’s also vital is that you check your children and pets for any sign of a bite. A typical Lyme rash, spot looks like a bullseye on a dartboard.

And don’t assume that ticks only live in the forests or wild outdoor areas – they could just as easily be lurking in long grass in your garden, just waiting for you to walk past so they can hitch a ride…

If you have a tick the NHS recommend:

Cycle Seahaven’s Trailer is a great resource available to members of the club. It is capable of carrying 24 bikes, including 4 E-bikes.

We’d really like to use the trailer more to enable us to host club rides somewhere different. To achieve this we are looking for vehicle owners, who have tow hooks fitted to their cars, who would consider allowing their cars to be used to tow it. We also need volunteers to tow the trailer – more information about driver requirements can be found here

If you are able to help please contact Events by clicking here.

The trailer will be used to transport bikes to the London to Brighton bike ride this year. If you are interested in using this facility please contact Sarah Winser here. Please note transport is being provided for bikes only and participants will need to make their own arrangements to get to the start line.

It would be great to get as much support as we can for this event. Details can be found here. If there is sufficient interest will endeavour to arrange the trailer to drop off and pick up bikes at the Towner Art Gallery. Participants will need to make their own transport arrangements separately. If you would like your bike transported to this event please contact us here

Cycle Seahaven are now in our second year of delivering Ride The Downs in association with South Downs National Park. We are offering regular, free guided rides from April to September, to deliver a service to cyclists (and would be cyclists!) in the local area.

The project offers individuals, of all fitness levels, the opportunity to get involved in a progressive program designed to give the confidence to leave the car on the driveway in exchange for a healthy, environmentally friendly alternative.

Tell your friends and family all about it! 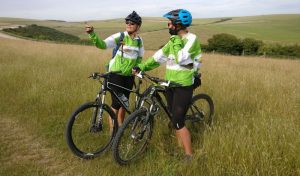 A sincere thanks to all who took time out to complete this year’s survey. An abridged version has been published in our recent newsletter however it was to large to publish in it’s entirety. We had some interesting comments and observations. Some requests have already been addressed and others are to be addressed and will be added to the committee agenda as time permits. For those interested in viewing the whole report you can view on the link below.

Travel around the body, learning, exploring and getting active

Sustrans Big Pedal will run for 10 days from 25 March to 5 April 2019 and is open to all primary and secondary schools in the UK, including SEN schools.

The aim of the event it to encourage a reduction of car use and to make the area around the school safer and cleaner, improving the quality of the life for everyone. As such we will be holding a School Street event as part of a nationwide effort to raise awareness of air pollution and encourage people to think differently about how they travel to school. Denton Community Primary School will be holding our first ever School Street event in Acacia Road and Denton Road. Road closures are planned to take place from 8:00am to 10:00am and then again in the afternoon 2.00pm to 4:30pm.

Cycle Seahaven are contributing by running our ever popular Dr Bike services at the event. Contact the Dr Bike team here if you want to help out.

Following recent discussions about the benefits of wearing a cycle helmet people might be thinking about replacing or upgrading their own.

From now until November 14th they  are offering 15% off all 2017 model Bontrager cycle helmets and 10% off all 2018 models – including pre-orders of upcoming models like the exciting new Circuit and… Rally.

Most models are available with or without the MIPS insert, but we highly recommend going to a MIPS helmet to protect yourself from rotational injuries. This feature is even extended right down onto the very smallest children’s helmets.

All they ask is that you bring your CSH membership details with you to the store to qualify.

Every Bontrager product comes with an Unconditional 30-day Guarantee, so you can bring it back even if it’s been used, and the helmets each come with a 1-year free crash replacement policy!

Following the last bulk buy of Chia bars by the club, I’ve had requests to repeat the order. If you want to buy any please contact Guy Reynolds using this link stating what bars you need and how many. Alternatively, add your name below the post on the CSH  Facebook Group page.  Sea Salt, Banana or Cranberry bars can be mixed into any combination of a box you like. Chia Charge also make the following energy bars click here  All Chia bars can be ordered at a 20% discount to club members. Payment on collection, please.